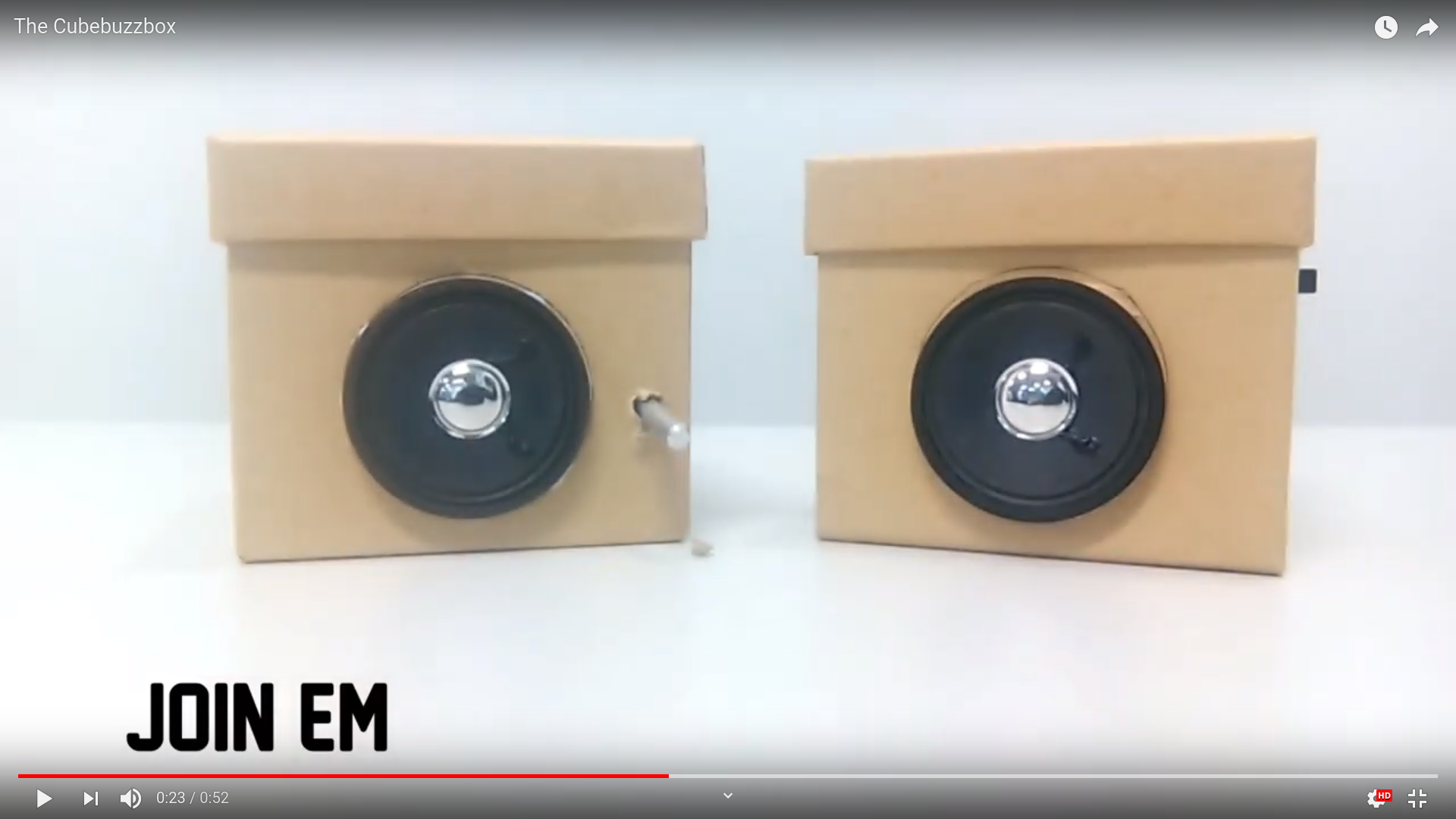 The Cubebuzz is an innovative new instrument which is easier to play than a piano! With a set of 12 Cubebuzzboxes, they can be rearranged however you like and they can play every musical note.

The Cubebuzzboxes are touchless, simply hover your hand over them in order to play a note. The note can be distorted depending on the distance between your hand and the top of a box. There is an on/off switch on the side of them and an LED power indicator.

With me at the beginning of this week only having a basic understanding of electronics, the design and construction of the Cubebuzzbox was no easy task. I wanted to create at least three of them. I only managed to create two after encountering problems trying to fit and connect the components inside the box.

The final touchless interaction is smooth and satisfying, much better than my idea of waving a magnetic stick over the box. For some reason, the two boxes make different types of sound. I don’t know what the exact cause of this is but I do know it has something to do with the much tidier internal circuit in the second box.

Future features I would add include an audio output on the back of the device, volume control and a sound selector which can select which type of sound to play.

I am confident that a single Cubebuzzbox (constructed professionally) could be constructed for under $30. This means an entire Cubebuzz would be under $360 putting it at a similar price to other musical instruments.