A duplex number is a type of number that I invented that can represent many numbers at once. For example, 5±2 represents 7 and 3. Each ‘±’ symbol here, denotes a branch where either operation (plus and minus) can be taken to reach a represented value.

Applications
Duplex numbers can be used to calculate the eigenvalues of a 2x2 Matrix. This method is simpler than the traditional method and may hint at different geometric interpretations of what an eigenvalue is. 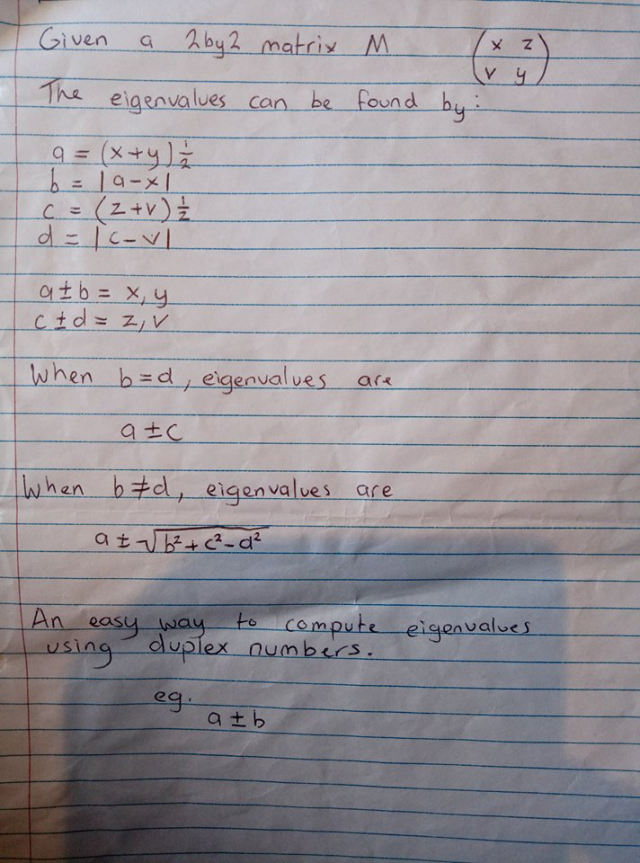 It makes some sense to multiply unchained duplex numbers but a standard multiplication framework has not been identified for the numbers yet.

Thoughts
I think the numbers may have some relationship with the Qubits found in Quantum Computing. Both Qubits and Duplex Numbers are capable of representing many different values at the same time.

There is a lot of potential for them. I hope the numbers will have further applications and uses. I don’t have the mathematical background to spot where else they may fit in the field.

Please contact me if you discover anything about these numbers as I would love to see any work featuring them.